Families can be terrifying things. They have histories shaded in darkness and can know your most intimate secrets. Sometimes it’s hard to decide whether being inside a family is more disturbing than viewing one from the outside.

Bob Balaban is known to most of us a beloved character actor with a penchant for dry, Buster Keaton-esque reactions. You’ve seen him as the narrator in Moonrise Kingdom or multiple Christopher Guest mockumentaries. Less well known is his first foray into feature film directing, Parents. Starring Randy Quaid and Mary Beth Hurt as the titular parents, the film focuses on their son’s slow burn discovery of a horrific secret they’ve been hiding from him. Set in the 1950s the film plays with the conventions of the nuclear family unit and is a genuinely dark and horrifying film. Balaban’s use of slow motion and twisted camera angles ease the movie into a deeply disturbing place. 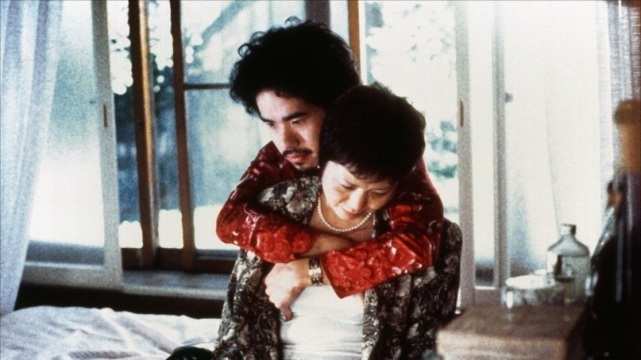 There are few families on this list as fucked up as the Yamazakis. Father, mother, son, and daughter, they are one depraved, twisted mess after another. I won’t go into the details here, but suffice to say from the opening scene you should be unsettled. Director Miike drops Visitor Q into the mix, a stranger who seems intent on forcing this family to come back together but not giving up their utterly disturbing behaviors. Murder, drug use, incest, these are just a few of the messed up things that go down in this film. If you’ve ever seen a Miike film it won’t come as a surprise, but if you haven’t…well you are in for quite an experience.

Pastor David Poe and his wife Clare have just moved, with their son and daughter, to a quaint home in the New England woods. Based on the director’s experience as a child filming his family’s life, Home Movie uses the found footage trope to explore multiple perspectives of parents dealing with children seemingly possessed by pure evil. Nothing supernatural ever happens, and it appears that we’re dealing with children who have suddenly become sociopathic. The sense of dread the film builds is very profound and primal, and the horror of what the children have been up to in secret is slowly laid out for the audience. The final chilling moments of the film descend into pure visceral horror and leave the viewer with lots of questions and lots of things to think about. 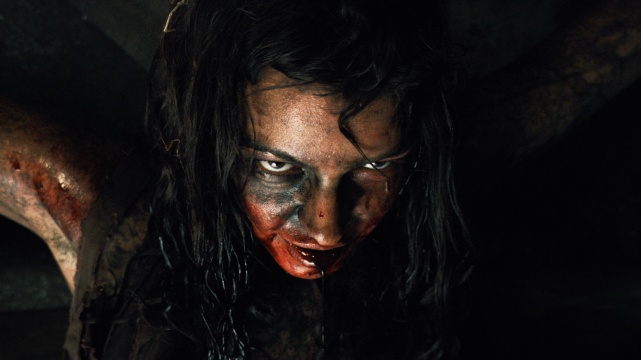 If you watch one film on this list, make it The Woman. It’s based on a novel by Jack Ketchum who if you know anything about him already know this is a very dark, disturbing film. An unnamed woman, the last of a clan of violent humans, somehow untouched by civilization and kept feral, ends up in the custody of Chris Cleek and his family. Chris is one of the scariest film villains I have ever witnessed on screen, so sure of his moral and divine right to control those around him. Pollyanna McIntosh plays The Woman and delivers such a raw, vicious performance that it will linger in your mind for years as it has with me. Where this film goes and the secrets it reveals about this family are more disturbing than any Texas Chainsaw Massacre you can dream up. What family members do to one another is often beyond even our worst nightmares.

A family takes a trip near the outskirts of Tijuana and lose their preteen son and daughter in the hills. Hours later, the police deliver the two children home. The parents are so relieved and move on with their lives. However, something is very very wrong with the kids. They don’t eat anymore, they don’t sleep, and their babysitter sees something…something so terrible she cannot give it words, the night she watches them. But parents can’t abandon and give up on their children. Here Comes the Devil explores the lengths to which parents will go to protect their children and how they will destroy others rather than confront the evil sitting across the kitchen table from them.