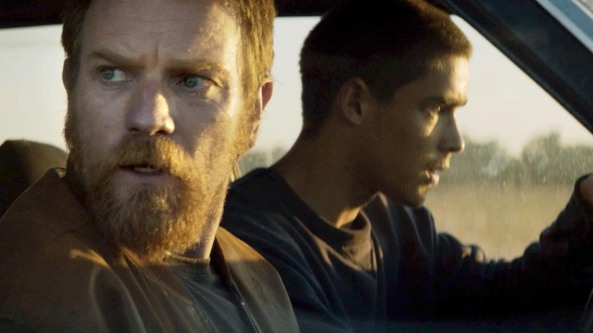 JR is sent to prison for a minor crime and crosses paths with notorious armed robber Brendan Lynch. Lynch helps JR out with a group other prisoners giving the young man a hard time. When JR is finally released, he is hooked up with Sam, a Russian crime boss who Brendan works for. He also meets Tasha, one of the women working at Sam’s strip club and one whom he sees as his personal property. Of course, JR falls for her which will lead to deeper problems. Brendan eventually gets out of prison, and Sam is ready with a heist at a gold mine. Events do not play out as planned and cliches cascade on top of each other.

Son of a Gun is decently well-made unsurprising and unexceptional crime film. It is painfully evident that writer-director Julius Avery is a fan of Michael Mann’s work (Heat, Collateral). The problem is that there is very little happening beyond the basic mimicry of a filmmaker Avery likes. Every plot beat and every character note plays just how you would expect, with not a single exciting non-cliched moment in the whole proceeding. The heist doesn’t go down as planned and of course, Brendan and Sam end up at odds. JR runs away with the girl, and everything turns out fine for them. These couldn’t be qualified as spoilers because they would have to be plot developments that hadn’t been played in every direct-to-video thriller over the last two decades.

The film opens with a lot of potential. There is a developing relationship between JR and Brendan while they are behind bars. If the film had stuck to this location and developed that story, it could have been something unique and exciting. There is a bare bones, raw quality to the opening twenty minutes. As soon as JR is released, I felt my interest in the whole film wan. I don’t think I can emphasize this enough, but everything is painfully dull. If the cinematography had been more creative or the lead actor had been born with an ounce of charisma it could recover from the bad script.

Brenton Thwaites, who played fellow generic actor Orlando Bloom’s son in the recent Pirates film, is a void of boring in the role of JR. This stands in contrast to Ewan McGregor who plays Brendan and is actually trying to do something with his part, that something ends up being a mimic of this archetype as seen in every other movie ever. Alicia Vikander is Tasha and does fine with what she is given, which is very little, other than the poor emotionally damaged girl who JR just has to convince should be with him and then all her problems will be solved. In that way, it exemplifies the worst of Michael Mann’s writing as women notoriously don’t get many substantial roles in his work.

As far as A24’s films go they can happily raise their hands up and decry this as just a foreign film they distributed in the United States. At this point in their filmography, this is one way they filled out their annual release schedule. Son of a Gun was ironically delayed from distribution due to Michael Mann’s Blackhat being released around the same time. It also makes sense why A24 might have picked this picture, McGregor’s name is a strong selling point, and Australian crime films have seen a moderate level of popularity in distribution in the last decade (see Animal Kingdom). However, I am happy to move past this one with no chance of ever returning for a review.