In the devastating wake of Cyclops’ insurrection, the public perception of mutantkind has plummeted. To remedy this a joint group bringing together the Avengers and the X-Men has been formed. This Unity Squad is composed of Captain America, Wolverine, Rogue, Thor, Scarlet Witch, and led by Havok. They are thrown right into the fire when The Red Skull rears his head, having spliced the newly deceased Charles Xavier’s brain tissue with his own. Possessing the mental abilities of Xavier, Red Skull can force the population to descend into violence and brutality to further his supremacist agenda. However, the Skull is only one danger, with something even worse looming on the horizon. The Skull’s actions ripple into the future bringing the arrival of the Apocalypse Twins and the potential end of Earth.

After Uncanny X-Force, this title is my favorite Remender series. The Avengers vs. X-Men event was one of those rare storylines that seem to have had long-lasting effects. Cyclops remained a villain until the end of his character in the Inhumans v X-Men storyline. The rifts formed in the X-Men are still present. Xavier is still dead, though there is this new guy called X running around. This was a significant effort on the part of Marvel to bring the Avengers and X-Men characters into a single title, and I was excited when it came out. As the series went on, I became a little distanced because it doesn’t lend itself to monthly reading. Going back and reading the collected volumes helped because this is a massively decompressed story.

In the opening arc, Remender presents one of those ideas that’s so good you’re surprised it hasn’t been done before: The Red Skull using fascism to oppress the mutants. The Skull using Xavier’s brain feels like something right out of a B-movie yet also a smart move to make his attack even more personal against the mutants. The Skull uses his powers to manipulate Rogue who is still grieving the team leader’s passing. The stakes feel incredibly personal which in turn makes the story even more compelling. 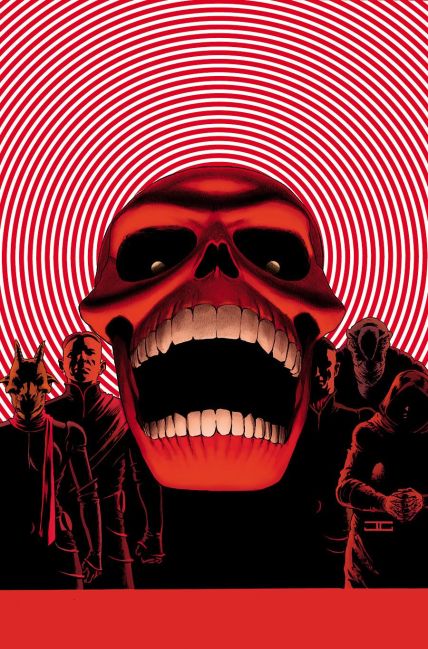 I also think it was a bit of genius to make the Unity Squad leader Havok. He’s Alex Summers, the younger brother to Scott Summers’ Cyclops. Cyclops is the man who murdered Xavier, so Alex is out to redeem his name and try to salvage the dying dream of his mentor. The characterization of Alex Summers hasn’t been as solid as Scott’s, Alex often shaped to fit the role he needs to play in whatever series he’s being featured in. Here Alex is a very earnest, upright defender of mutants and humans often put in the middle and pulled by either side, called a traitor by his mutant comrades.

Remender is also no slouch in pulling together plot threads from his previous series, in this case, he reintroduces one of his most significant loose threads from Uncanny X-Force: The twin children of Archangel. Making sure we understand this is both an X and Avengers book; he has Kang the Conqueror kidnap the twins and raise them in the Red Skull’s possible dystopian future. Mutants are herded through concentration camps and exterminated at the Skull’s will. Kang believes by manipulating these children he can ensure they do not bring his demise about.

The seeds of this story are set up in a one-off flashback issue that has Thor encountering Apocalypse centuries ago. The battle is manipulated by Kang who causes the existence of Jarnbjorn, a mystical ax with the capability of killing a god. Centuries later this ax ends up in the hands of the twins which they use to sever the bloodline of Apocalypse and cement their place as the bearers of the Death Seed. As this plays out in the second collected volume, The Wasp, Wonder Man, and Sunfire are brought on the team to round out the final roster. Wonder Man’s villainous brother, The Grim Reaper, shows up only to be accidentally killed by an overpowered Rogue. The Apocalypse Twins create their Horsemen, in the vein of Apocalypse, except because they are the children of Archangel their Horsemen are all of Death. Remender resurrects Grim Reaper, Banshee, Sentry, and Daken to fill these roles. Daken’s death came in the pages of Uncanny X-Force so Remender can force Wolverine to face what he did to his child.

Uncanny Avengers is epic and not the most accessible title to slide into without a little background knowledge. I believe the series does an adequate job catching the reader up, but I can see how such a continuity dense work could be intimidating. The scope is wonderfully large with a great space battle sequence making up most of volume two. Remender is not afraid to do big things and destroy large parts of his creations to up the stakes of the story he is telling. By the end of the second volume, Alex Summers’ work to reignite Xavier’s dream looks like it will be for naught.