I started to notice unintended clusters of similar films in these chunks. While totally unintended, this cluster is comprised mostly of Asian and Asian-influenced cinema.

40) The Host (2006, dir. Joon-ho Bong)
Part-Korean twist on Japanese monster flicks, part-allegory for U.S. interference in Korea; The Host is a fun action flick that understands how to balance the big moments with the quiet. The problem occurs when a military operation in South Korea dumps some rather unsavory chemicals into the Han River. Months later a tentacled beast rises from the waters to terrorize and devour some Sunday afternoon river-goers. The action sequence that takes up a good chunk of the opening of this film is one of the best monster movie attacks I have ever seen. The scale of the attack is relatively small as the creature is about the size of a couple elephants. It’s the speed and ferocity of the monster that makes the difference. A young girl is abducted by the creature, taken back to its lair where she waits to be devoured at a later date. In the mean time, her family prepares to fight for her back which culminates in a bittersweet and contemplative finale.

39) Ichi the Killer (2001, dir. Takashi Miike)
You will never see a more transgressive film than a Takashi Miike film. This was my second foray into his cinematic territory, my first was Audition. Miike has no problems putting the most horrific acts of violence on the screen. Trust me, these are shockingly violent and intentionally over the top. The plot of this particular film focuses on Kakihara, a sadomasochistic Yakuza hit man whose boss and cadre of workers are brutally slaughtered. Kakihara investigates the continuing gangland murders and comes across Ichi, a mental disturbed young man brainwashed into killing his boss’ enemies. There is nothing comparable in American cinema to the blaring, offensive scenes presented film and because of that it is infused with a fresh life. Miike stands tall as one of the most senses-shattering directors working today. 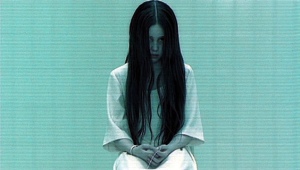 38) The Ring (2004, dir. Gore Verbinski)
Starring Naomi Watts, Daveigh Chase, Amber Tamblyn
I wasn’t a fan of the overall surge of Japanese horror flicks being imported and remade in the States in the 2000s. I found so many of them to be repetitive and not frightening in the least, however the remake of Ringu definitely struck a nerve with me. The plot is typical urban legend fare: mysterious VHS tape that kills a person seven days after they watch it. Naomi Watts is a reporter whose life is directly affected by the tape and spurs her into investigating its origins. The two major elements of the film that make me a fan are its visual tone and its ambiguity. Verbinski captures the bleak, overcast nature of Washington State in the winter, infusing that gloomy, hopeless feeling into every scene with static blues and grays. Like all the horror films I rate highly, The Ring is full of delicious ambiguity. The origins of the tape are subtly hinted at but it is apparent they will never be revealed. 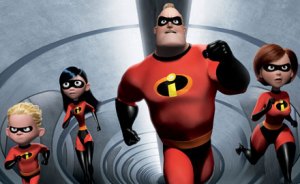 37) The Incredibles (2004, dir. Brad Bird)
Starring Craig T. Nelson, Holly Hunter, Jason Lee, Sarah Vowell, Samuel L. Jackson
The same summer Marvel released the Fantastic Four movie, Pixar put out this picture. Hands down Pixar blew Marvel out of the water. The Incredibles perfectly captures the family dynamic Stan Lee and Jack Kirby’s classic superhero team and presents a much more exciting adventure story than the comic adaptation. The story follows Mr. Incredible and his wife, Elasti-Girl who have settled down into life in suburbia. Mr. Incredible is restless with the boredom of being an insurance claims adjustor and secretly takes up superhero-ing again eventually becoming embroiled in a scheme put together by an old nemesis. The rest of the family is pulled into the adventure and an extremely entertaining classic comic book tale ensues. Brad Bird is one of the great animation geniuses of our time, creating such other works as The Iron Giant and Ratatouille. His imagination is such a powerful force and found wonderful support amongst Pixar who put meticulous research into developing their fictional worlds. Without a doubt, this is my favorite of the Pixar films.

36) Kung Fu Hustle (2004, dir. Stephen Chow)
Combining elements of classic kung fu pictures, American gangster films, musicals, westerns, Looney Toons, and Charlie Chaplin’s maudlin melodrama, Kung Fu Hustle is a unique film experience from a unique mind. Set in Shanghai during the 1940s, the film focuses on a tenement being harassed by the brutal Axe Gang. The tenement’s landlady is a force to be reckoned with and nicely defeats the gang. Their leader, Brother Sum is driven mad by this and vows revenge. Simultaneously, the beggars Sing and Bone come into the picture, trying to make their way up the gangland ladder. Eventually, Sing is convinced to join the side of good and takes on the Axe Gang in a hilarious comic battle. The wonderful thing about Chow (who stars as Sing) is his love of films that fall outside the traditional kung fu genre. It is very apparent, both in this flick and his follow up CJ-7, that he loves the sentimentality of Chaplin’s classic films, traditionally using a down on his luck pauper who wins the girl and comically defeats the villain.