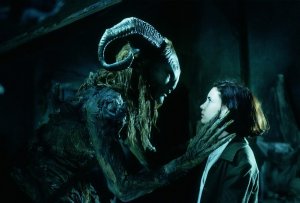 While many critics will place Peter Jackson’s Lord of the Rings trilogy as the height of fantasy, my personal pic for the top fantasy film of the decade would be this wonderful Spanish language film. Del Toro impressed audiences greatly with Cronos and The Devil’s Backbone. His mainstream adaptation of Hellboy was entertaining and displayed an adept skill he possesses to develop worlds, but it was hindered by the typical flaws found in mainstream Hollywood fare. Pan’s Labyrinth is set against the the wake of the Spanish Civil War in the 1940s, when the country was under fascist oppression. The new wife of a cruel general is relocated, with her daughter from a previous marriage, Ofelia to a secluded house in the countryside. It’s there that Ofelia encounters Pan, a demonic being who claims that she is the princess of mystical realm and was banished the world of the mundane and struck with amnesia. Ofelia is given a series of tasks to perform to gain entry back. The general/stepfather plagues Ofelia at every turn and rebels wait in the woods for a moment to strike. Del Toro crafts a world existing between the real and supernatural so well that the seams that join them are invisible. And by placing the story in the midst of brutality, the tragic nature of the events that unfold hold an even higher level of pain. 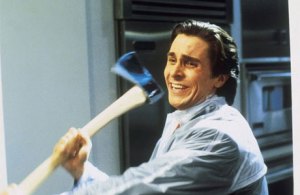 They said Bret Easton Ellis’ novel was unfilmable. And in a way, they were right. A majority of the book’s more graphic content (think a lengthy scene involving a length of PVC pipe and a live rat)had to be cut from the script. While the full depravity could not be captured on film, Mary Harron still managed to craft an enjoyably disturbing film nonetheless. It’s 1987 and Patrick Bateman is a successful investment banker and engaged to a beautiful young woman. What people don’t know about Bateman, or choose to ignore, is that he is a sadistic serial killer who only seems to derive true pleasure when slaughtering a person. Bale delivers a career defining performance which set him up as one of the major players in film of the 2000s. Bateman is a man so concerned with appearances that the slightest one up from a colleague can drive him into a murderous rage. He’s also a man who’s viewed with little respect by his peers and, particularly in the finale, is shown to be someone of such little consequence his own friends don’t recognize him. 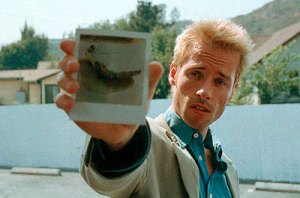 Once again, Nolan appears on the list, but don’t think this is the last time. This non-linear picture was Nolan’s big coming out. Based on his brother, Jonathan’s short story, Memento follows Leonard Shelby (Pearce), an insurance fraud investigator whose wife was raped and murdered. Leonard was also injured and suffers from retrograde amnesia, the inability to form new memories. This means Leonard forgets where he is and what is happening every fifteen minutes or so. This unique situation allows the film to be told in a mix of standard linear storytelling, mixed a moving backwards from the ending the of the film. The result is that the linear ending of the film is actually the story’s middle, where the two points converge and it becomes clear what is going on with Leonard and who the real villain is. 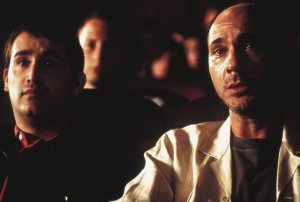 I discovered Almodovar in the latter half of the 2000s and fell in love. His films are visually amazing, rich and colorful and very different from anything American cinema offers. Almodovar also knows how to write for and direct women in a way that keeps them from becoming male analogues, retaining their femininity without objectifying them. In this film we have Marco, a journalist in love with the fierce matador Lydia. Lydia is violently gored while in the ring and ends up in a coma. Marco meets Benigno, a male nurse in the hospital who is overseeing the care of Alicia, a promising dancer who is now in a coma after an accident. The stories of these two men and the women in their lives is played out through flashbacks and flash forwards and even some fantasy sequences based on dreams. There are some events that take place that may be shocking to someone unfamiliar with a lot of Almodovar’s film, especially the way he handles aspects of sex which is in a very matter of fact way. However, this is truly the best film in a film career that is full of major accomplishments. 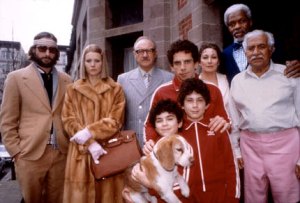 It has become a hipster flick providing inspiration for easy Halloween costumes for the uncreative collegiate. However, it was Wes Anderson’s follow up to 1998’s Rushmore and its fairytale aesthetic still delights me. Anderson is not a director for everybody and is incredibly stylistic in a way that can turn off a lot of viewers. For myself though, it’s eye candy that I devour like mad. The story follows the Tenenbaum family (loosely based on Salinger’s Glass Family stories), a clan of failed prodigies headed up by the pompous Royal (Hackman). Royal is faking cancer in an effort to get his family to love him again before he dies, but such a ruse is bound to go wrong. The standouts for me have always been Hackman and Huston, the two have perfect chemistry, particularly during their walk through the park and you can see why she would have ended up with such a charismatic guy in the first place. Once the hipster cred has worn away, I have the utmost confidence Anderson’s films will remain recognized as a wonderful piece of American cinema.