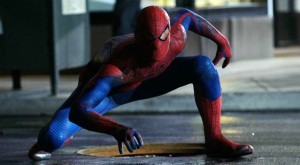 With 2012 comes a deluge of new films. I’ve noticed that as summer movies top the anticipation list for me, they are never the films that make my favorites list. Its likely because we’re made aware of the big budget films and have to actively seek out the smaller films that this is so. Well, here are films that I think have the potential to rise above the rest of the garbage.

Cloud Atlas (May 4th)
The Wachowskis (Matrix, Speed Racer) and Tom Twyker (Run Lola Run, Perfume) have teamed up to put David Mitchell’s Booker Prize winning novel on the big screen. Coincidentally, I am about a quarter of the way through the novel and am interested in seeing how they adapt it. The book consists of six narratives that telescope out to the middle of the book, and then telescope back in, making the first narrative the bookends. Each narrative is revealed to be read or experienced in some way by the main character of the following narrative (i.e. Story 1 is a diary, which the character in Story 2 stumbles across). Should be a mind blowing experience.

Dark Shadows (May 11th)
Like many, I have grown tired of the Tim Burton shtick.  It started somewhere around Charlie and the Chocolate Factory and reached critical mass with Alice and Wonderland. However, this seems like the absolute perfect source material for the director. The film is an adaptation of the 1960s-70s soap opera about a vampiric patriarch who returns from a curse place on him to present day. Smartly, Burton has kept the movie set in the 1960s and the whole aesthetic looks great. Keeping my fingers crossed Burton doesn’t disappoint.

Moonrise Kingdom (May 18)
It was within the first few minutes of The Life Aquatic that I thought, “Hm, Wes Anderson is feeling incredibly redundant”. The Darjeeling Limited was good, but the rewatching of his films diminished after Rushmore. The Fantastic Mr. Fox was a refreshing delight, so hopefully some of that is carrying over into his latest. Set in the 1960s, Moonrise Empire follows a teenage couple who run away from their New England town, while the girl’s parents (Bill Murray and Frances McDormand) enlist the Sheriff (Bruce Willis) to help find them.

Prometheus (June 8th)
I think this may be my film of the summer. Prometheus is directed by Ridley Scott and marks his returns to the sci-fi genre after 30 long years (Blade Runner). The film is a prequel to the Alien franchise (which Scott launched in 1979) and stars Charlize Theron, Michael Fassbender, Noomi Rapace, Idris Elba, and Guy Pearce. The plot has been tightly kept under wraps, but the trailer hints that a group of human astronauts travel to the planet where the alien eggs are first found and are somewhat responsible for their creation. Will be a highly dark spot in the typical upbeat summer fare.

Brave (June 22nd)
In the past, I have always sort of glazed over the fact that Pixar had a film coming out. Looking back, I’m not sure why, but I have enjoyed almost every single thing they put out (I’m looking at you Cars). 2012 brings us their first female protagonist, Merida, a Scottish princess who defies the traditional arranged marriage and sets out on her own adventure. Merida is voiced by Kelly MacDonald (Trainspotting, Boardwalk Empire) and joining her are Billy Connolly, Craig Ferguson, and Emma Thompson. This is director Mark Andrews’ first feature film, but he has been the right hand man to Brad Bird since The Incredibles.

The Amazing Spider-Man (July 3rd)
When I first heard they were rebooting the Spider-Man franchise after only 10 years I was a little miffed. Then, I thought back to Sam Raimi’s Spider-Man 3 and realized that the series had fallen into shit. I think this will end up being a really great film. Andrew Garfield really looks like Peter Parker and Emma Stone as Gwen Stacy is a great casting choice. I’m most interested to see Rhys Ifans as The Lizard. Both the actor and the villain haven’t ever been impressive to me. It also appears the the death of Peter’s parents will be a critical plot point, something I have always wished played a bigger part in the stories.

The Dark Knight Rises (July 20th)
I know this will be a good film. So I think that’s why I am not as excited about it as some others on the list. Nolan has proven to be the best director of Batman franchise by far and this will be his final picture in the series. Choosing Bane as the villain made me raise my eyebrow, but from some promotional materials it appears Bane is just one of a larger cabal of villainy. It also appears that Bane is being set up as an anti-Batman (the camo Batmobile in the trailer is his) which could be fascinating. While Wayne comes from wealth and privilege, Bane was born into a South American prison. There’s a lot of commentary on class loaded in these characters and I hope Nolan plays with that.

Dog Fight (August 10th)
There’s a lot this film has going for it, and a lot that could make me actively hate it. I personally think Will Ferrell is on the upswing of his career. This film has Ferrell and Zack Galifianakis as South Carolina politicians running against each other. The screenplay is by one of the writer’s of HBO’s Eastbound and Down. Rounding out the cast are John Lithgow, Brian Cox, Dan Akroyd, Richard Kind, JK Simmons, Gary Cole, and Richard Lewis. Most of those names are guarantees of goodness. However, the director is Jay Roach (Austin Powers trilogy, Meet the Parents, Dinner for Schmucks) so there is a large potential for me to despise this film. Here’s hoping it becomes a pleasant surprise instead.

Gravity (November 23rd)
Director Alfonso Cuaron’s last directorial outing was Children of Men, my vote for best film of the first decade of the 21st Century. And while this stars Sandra Bullock (ugh) alongside George Clooney, my belief in Cuaron as being one of the greatest living filmmakers out weighs Bullock’s status as a shitty piece of shit shit. The premise is that a space station is hit by large chunks of debris, destroying the structure and sending the two astronauts there out into the void of space with no hope to return. From this simple idea, I fully expect Cuaron to deliver a devastating and resonant piece of cinema.

Django Unchained (December 25th)
Quentin Tarantino finally makes the film he has been aching to make since he started, a spaghetti Western.  This film switches things to the deep South and deals with the subject of slavery, with a kitschy overlay, which has rebelling slaves turning on their cruel master. Jamie Foxx is cast as the lead (sort of meh about that one after hearing Idris Elba was up for it). Alongside, you have Leonardo DiCaprio as the evil slave owner, Kurt Russell as a man who trains and forces slaves to fight to the death for the pleasure of their owners, Sacha Baren Cohen as a riverboat gambler who wants to buy a slave as a wife, and the possibility of Lady Gaga in a role. Like all Tarantino projects, this promises to an insane amount of fun.