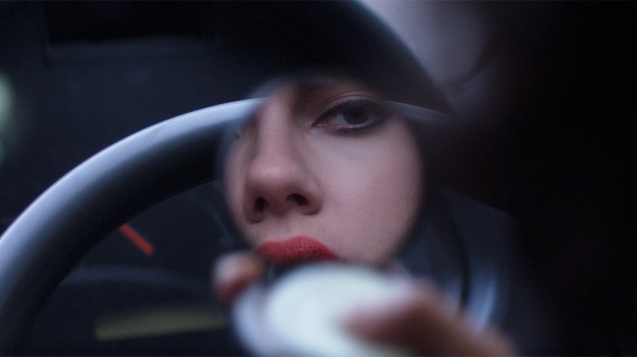 In the middle of the night, in a desolate stretch of road in the Scottish Highlands, an alien being arrives on our planet. This being is not here to bring a message of peace or even start a war with Earth. Her purpose is to harvest humans for consumption by her species. This involves driving around and picking up men who are alone, bringing them back to a facade of a home, and preserving them in a gelatinous liquid until they are processed. A problem begins to arise as the being starts to become interested in the emotions and experiences of these people. She finds them welcoming and warm and suddenly has an abrupt internal change of mind. But she is not a human, and this cold fact will inevitably take her down a tragic path.

Filmmaker Jonathan Glazer has been an aesthetic touchpoint for me personally since I saw his feature debut Sexy Beast (2000). This was followed by the criminally underrated Birth (2004), a strange dream-like drama whose soundtrack is an immediate go to for me 14 years later. Then an extended period of silence from Glazer until the release of Under the Skin nearly ten years later. Coming from a music video background, Glazer is much more interested in the visual storytelling qualities of cinema than any emphasis on plot or dialogue. The entire plot summary I gave had to be interpreted from what we see on screen. Having knowledge of the basic premise of the novel which was adapted for this film helped me understand what was happening.

The majority of the film functions without dialogue. It is never explicitly stated that our protagonist is an alien, but it is implied through her actions and a third act reveal. What is conveyed through the screen is a sense of isolation while surrounded by life. It is quite the impressive feat that Glazer is able to orient the audience through the eyes of his near-wordless main character and allow us to view our own world through alien eyes. Pivotal moments are obscured through the overlapping of images until they become a golden haze that the alien’s face emerges from. The atonal score by Mica Levi sets us in the sense of unease until slowly becoming a more melodic theme when our protagonist begins to feel she is achieving some sort of synthesis with humanity, only for the music to return to its broken form when reality sets in.

The pace of the film could be understandably frustrating to some viewers, it moves at its own speed, lingering on certain moments that might be seen as unimportant. But because we are viewing the world through unfamiliar eyes, the commonplace becomes fascinating to her. There comes a moment when she encounters a group of women in a bachelorette party. Their dialogue is overlapped to the point that we are in the alien’s shoes and cannot understand the specifics, only the essence of their emotions. What Glazer has managed to create here is a very pure ontological film. As the alien makes attempts to be more human, we, in turn, begin to ask what it is that makes us human. She tries to eat food but finds it utterly distasteful. She wants to have sex with a human male but finds herself biologically incapable of feeling anything. Early in the picture, before she has been awakened, we see her watching stoically as a couple drowns to death and their infant sits bellowing on the shore. Our own instincts are to help the couple or rescue the baby, but she views this with such passivity.

Under the Skin was the first of A24’s film that I felt belongs in the echelons of “Great Cinema.” It walks that line of being very specific yet open to interpretation. It never takes the viewer by the hand and prescribes any sort of moral judgment. In an almost documentary-like fashion, we are just observers along for the ride. It is in the way we feel about what we see and how we choose to deal with this film that it develops meaning.

7 thoughts on “Movie Review – Under the Skin”