On the Criterion Channel website in an episode of their Meet the Filmmakers series, the Millennial filmmaking duo of Josh and Benny Safdie share a story about their father. When it was time to explain why he and their mother were getting divorced, he sat the boys down and had them watch Kramer vs. Kramer. This informs us to a lot of things about the Safdies like their deep love of New York City centered film and their fixation with well-intentioned characters that keep digging their holes deeper. Daddy Longlegs doesn’t quite have the anxiety-riddled moments of Good Time or Uncut Gems, it is more slice of life. But it’s protagonist, based on the Safdies’ father is just the same sort of protagonist that makes the audience groan as he makes one foolish decision after another.

END_OF_DOCUMENT_TOKEN_TO_BE_REPLACED

Milo is an orphaned teenage boy living in New York City. He lives with his Army veteran brother who is unable to get a job, never explained but implied by either physical or mental injury. Milo has a secret though, he is a vampire. Or Milo believes he is a vampire and has marked out on his calendar the nights he will feed. He’ll stalk bathrooms or hang out in Central Park late into the night, using a secret pen knife to slit his victims’ throats and then lapping up their blood. In the midst of this very dark existence, Milo meets Sophie, a girl who has just moved into his apartment building. They strike up a friendship that becomes a relationship, and Milo attempts to keep his secret from Sophie while fighting his urge to feed on her.

END_OF_DOCUMENT_TOKEN_TO_BE_REPLACED 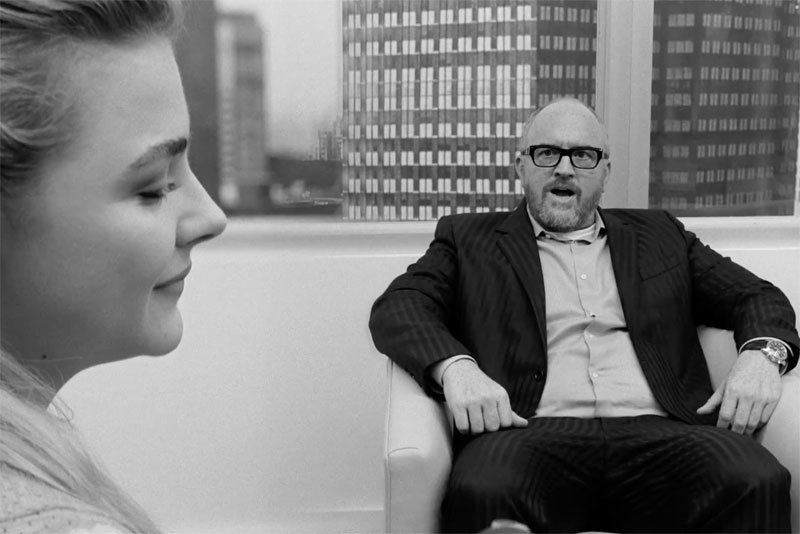 Glen is a television producer/writer/showrunner with a 17-year-old daughter, China that has him wrapped around her finger. She’s come to enjoy the very privileged lifestyle he can provide her and seems somewhat aimless when it comes to her direction in life. Glen strikes up the chance to cast a famous Hollywood actress in his show and while attending one of her parties China meets Leslie Goodwin. Goodwin is an arthouse writer-director in his late 60s surrounded by rumors of a proclivity for underage women. China is at first repulsed but, much to Glen’s horror becomes increasingly enthralled with the worldly older man. Glen has to decide what is more important: the love of his daughter or her well-being.

END_OF_DOCUMENT_TOKEN_TO_BE_REPLACED

Connie Nikas is convinced that his brother, Nickie is just fine. This is despite the fact that Nickie is deaf in both ears and lacks some essential cognitive functions. Connie pulls Nickie from the program their grandmother enrolled him in. The young man has plans to rob a bank so he and his brother can run away from the city and be free of what he perceives as authority crushing them. However, many details are overlooked in this plan, and Nickie ends up caught and sent to Rikers Island. Connie spends the next day desperately manipulating, lying, and stealing to save Nickie.

END_OF_DOCUMENT_TOKEN_TO_BE_REPLACED

An earthquake has struck Los Angeles somehow leading to the mutation of the inhabitants of the city. Through four segmented short films, we explore the absurd, body horror that is created as a result. Gallons of excrement and seminal fluids are splattered across the screen in a very singular work that screams with the intent of unsettling its audience.

END_OF_DOCUMENT_TOKEN_TO_BE_REPLACED

James (Kyle Mooney) spends the majority of his days absorbed in his favorite television series since childhood, Brigsby Bear. New episodes are delivered in supply drops to his family’s bunker in the desert, and each chapter imparts essential life lessons, particularly in academics. However, James spends almost too much time absorbed in the world of Brigsby, while his parents wish he would spend more of his effort on developing his mind. James has spent his entire life inside this bunker and only communicates with the outside world through his decades-old computer on the Brigsby forums. He even has a crush on the young lady companion of the title bear hero. Then a revelation occurs the upsets James’ entire understanding of his life and throws him into a world he doesn’t know how to fit into. Brigsby seems to the be the one thing that can keep him afloat and help him come to terms with what his life really means.

END_OF_DOCUMENT_TOKEN_TO_BE_REPLACED

A trio of nuns in a medieval convent gets up to a series of increasingly scandalous and obscene acts. Sister Alessandra (Alison Brie), is the daughter of a struggling merchant who is keeping his daughter in the church until he can marry her off. In the meantime, his charitable contributions are leaving his finances struggling and no dowry coming anytime soon. Sister Ginvera (Kate Micucci) is very sheltered and obnoxious, both wanting to tattle to the head of the convent, Sister Marea (Molly Shannon) while participating in the revelries of her rebellious fellow nuns. Finally, there is Sister Fernanda (Aubrey Plaza) who is always sneaking out into the woods at night only to return at the crack of dawn the following morning. Tossed into this mix is Masseto (Dave Franco), a former servant to a noble on the run after sleeping with the noble’s wife. He befriends Father Tommaso (John C. Reilly), and the priest gives him a job as the gardener at the convent.

END_OF_DOCUMENT_TOKEN_TO_BE_REPLACED 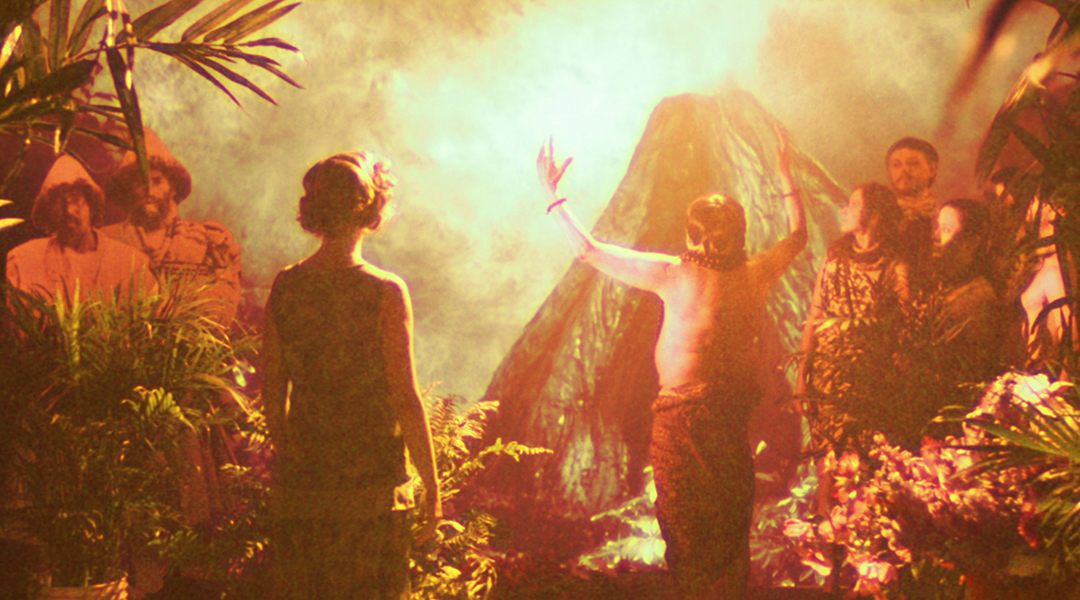 A bespectacled man hosts an aged and worn instructional film on how to take a bath. After explaining the opening procedures, the camera dives beneath the murky water, and we see a submarine float by. We cut to inside the submarine where the crew is in dire circumstances. They carry onboard an incredibly volatile substance that, if they were to surface, would combust due to air pressure killing them all. They find a portal in one of the dank, humid chambers that should lead them out into the waters, allowing them to abandon ship and swim to the surface. Instead, when they open a door, a lumberjack soaked to the bone tumbles forward. He begins to tell the tale of his quest to save a maiden from a band of cave-dwelling barbarians only to find the maiden is their den mother. In her sleep, the den mother dreams of another life, as a noir nightclub singer…and so on and so on. The Forbidden Room is a Matryoshka doll of short films, one nested within the other, moving up and down the ladder of stories until they become intertwined and lost within each other.

END_OF_DOCUMENT_TOKEN_TO_BE_REPLACED

Doris Miller (Sally Field) has just lost her mother. She’s lived all her sixty-something years on Staten Island with her mom, and now she isn’t quite sure what to do with her life. She does data entry for an apparel company in the city and finds herself becoming infatuated with John (Max Greenfield), the new art director. Doris begins to challenge her own routines and expand her horizons in a film that seeks to play with our expectations of romantic comedies.

END_OF_DOCUMENT_TOKEN_TO_BE_REPLACED 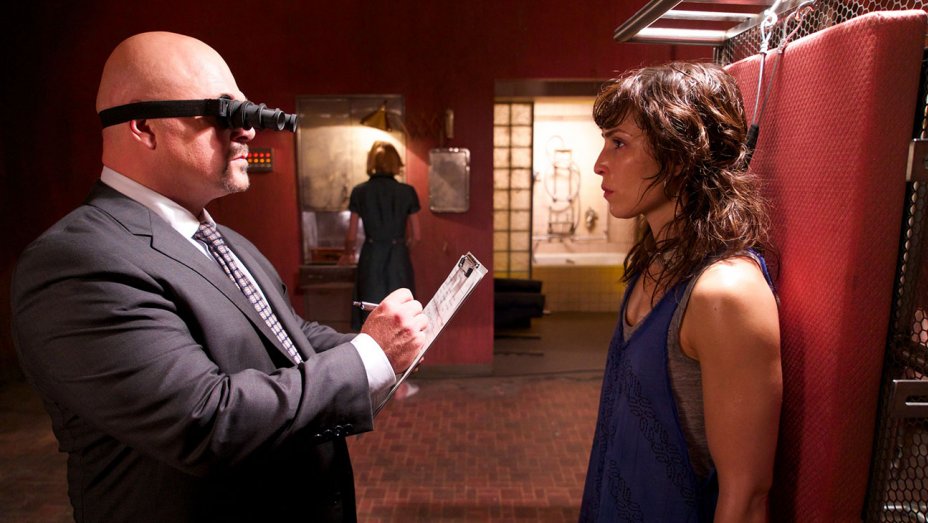 Renee (Noomi Rapace) is a single mother in Kansas going about her life when a flat tire leads to her abduction by a mysterious cabal of scientists. She’s put through a series of torturous experiments, gets loose and goes climbing through the vents, only to discover she’s a part of the dumbest conspiracy ever, which you can likely guess in the first 20 minutes of the film. My mind is still boggling at how these actors, who are pretty good, could be in a movie like this.